Subaru is set to have one of their best years ever in Australia in 2016. A large part of this success has been the changing demographics of the Australian car market, where SUV vehicles have become the most popular car segment. With the release of the 2016 Subaru Forester, the company is expecting to capitalise on their SUV heritage to capture a large portion of the market. Here are more of the details of how and why this may happen. 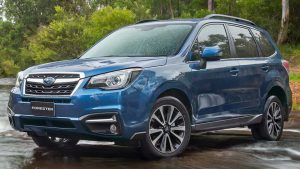 For the first time ever, Subaru has achieved a 4% market share in the Australian market. This has been achieved over the first six months of this year and it is hoped that this performance continues. If Subaru can maintain this momentum they will break their sales record in 2016.

Where Did This Growth Come From?

The vast majority of this impressive growth has come from the SUV segment. The success of Subaru models such as the Forester, XV, and Outback have driven the company forward. At the time of writing the Outback alone sells 950 units per month, which is an increase of over 200 units per month based on last years figures. The 2016 Subaru Forester has also had consistent sales growth, during the first five months of 2016, there were 1,425 extra sales compared to last year. In real terms, the Subaru Forester sales have grown by a staggering 32.2%. To highlight the importance of the SUV segment, only the Impreza has sold more models than the Forester in the same time period.

Is This Situation Specific to Subaru?

It is true, that the car market in Australia is quite buoyant at the moment, with many car manufacturers enjoying additional sales. However, as a whole the car market here has only grown by 3.8% in total and Subaru is out stripping that figure by quite some margin. By May of this year, Subaru had sold a little over 18,900 vehicles across their entire range. That equates to an increase of 1,769 sales over the same period last year, which represents an increase in sales of 10.3%. The all time Subaru sales record was set last year at 43,500 units sold and Subaru are confident that they can better it in 2016. 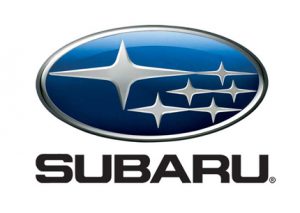 There is a caveat to all this success, and that is a logistical issue that Subaru will have to solve. Subaru has opened a plant in Indiana, so it is hoped that American demands can be satisfied there. This may ease the global demand enough, to ensure that enough vehicles are available for the Australian market. Subaru Australia’s Director Nick Senior said of the situation that he has been quite literally “fighting tooth and nail” to gain stocks of extra cars. Subaru Australia needs the extra vehicles to meet their demand and beat their already impressive sales record.

If they would like to know more about the Subaru Forester 2016 price, Australia based drivers should contact us. City Subaru has all the latest Subaru models in stock and a wide range of used cars available for sale. We invite you to join us for a no obligation test drive of the 2016 Subaru Forester at your earliest convenience. If you would like more information, our sales team will be happy to answer any further questions you have.