Subaru has always been known as innovators in the motoring industry. They defy convention in many ways, with their insistence on using all wheel drive on almost (the BRZ being the exception to the rule) all of their cars, such as the Subaru Outback 2016, Australia based drivers love. Their cars are highly praised for their safety features, but attention in recent years has been fairly focused on alternative power options. Subaru seems to be gearing up for a major push in this direction, and a recent announcement has revealed some of their plans. 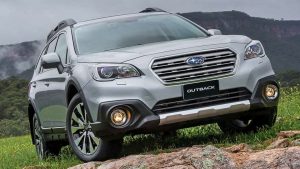 A New Plug In Hybrid?

Subaru has announced that they plan to release a plug in hybrid in 2018. This will dovetail nicely with new emissions legislation that comes into effect in America in the same year. The US market is incredibly important for Subaru, and it is no surprise that they would not want to lose market share there. There are no more concrete details about this model at the moment, but it will be interesting to see what Subaru comes up with next.

An All Electric SUV?

Subaru has stated that they are planning to release an all electric SUV by 2021. This is in response to stricter emission laws that are being passed around the world. Industry insiders are speculating that this vehicle will be based on the Outback or Forester. It seems likely that we will be looking at a mid sized vehicle that is equipped with all wheel drive. The groundwork for a good deal of this project is almost reaching fruition with the impending release of the all new Subaru Impreza, which is on target for a 2017 release. The new Impreza will be the first production Subaru car to use the new Global Platform, and this will be the technology underpinning many new releases. The Global Platform gives engineers additional options for positioning and connecting alternative powerplants.

There are no further details available on exactly how the new all electric SUV will look and other specifications. Subaru is still in the very early planning stages, but the Global Platform gives them a great starting point. We will be able to garner some ideas about where the company is heading next year when we can get a closer look at the new Impreza. More choices in the hybrid and all electric car market should always be welcomed with open arms. It will be very interesting to see how Subaru implements these power plants into their line up.

If they would like to know more about the Subaru Outback 2016 Australia specification model, contact us. Here at City Subaru, we have a great selection of new and used car available for sale, including the Subaru Outback my16. We want to invite you to book a test drive with us and experience the Subaru driving experience for yourself. If you require finance, you will find our rates are very favourable and they can be tailored to your unique circumstances. Call the City Subaru sales team today and they will be happy to answer any further questions that you have.