In recent years we have seen a dramatic shift in emphasis on the importance of safety in car design. Subaru has been an industry leader in this respect, and every Subaru car has received a 5 star ANCAP safety rating, including the new Subaru XV. However, many people are unaware of what ANCAP is and what the safety ratings actually represent. In this article, we will take a closer look at this issue and demonstrate some of the elements that go into safety testing. 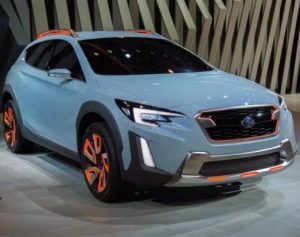 A Brief History of ANCAP:

The Australasian New Car Assessment Program (ANCAP) is an independent advisory body that provides information on protection levels for pedestrians and occupants in road vehicles. It was established in 1993 and modelled after an earlier program used in the United States. Since its inception, ANCAP has published safety ratings for over 425 comprehensively tested road vehicles.

In the present day, ANCAP is part of a global family of organisations that share similar goals and methodologies in other parts of the world. The safety ratings and testing procedures vary according to the region, and ANCAP is the most relevant testing carried out for vehicles destined for the Australian market.

A simple five star system is used to represent the safety of every tested vehicle. The more stars a vehicle has, the safer it is and five stars in the maximum score. As a rough guide, an occupant is deemed by ANCAP to be twice as likely to be seriously injured or killed in a one star rated vehicle compared to a five star rated vehicle. The tests are extensive and advanced crash test dummies are used to accurately predict what would happen to an occupant in a wide variety of different situations. Different collision scenarios are carried out at a variety of speeds to better understand how safe the vehicle is for the occupants and pedestrians that may be involved in a road accident.

A point system is also used to add to the test score for safety features, such as Electronic Stability Control (ESC), safety assistance technology and seat belt reminders. To receive a five star ANCAP safety rating, a vehicle must achieve a total point score exceeding 32.5 points out of a maximum 37 points.

If they are looking for Subaru XV dealers in Perth, local drivers should contact us here at Perth City Subaru. We have a large selection of both new and used cars available, including the excellent Subaru XV. We would love to invite you to schedule a test drive, and you can try the Subaru driving difference out for yourself. If you need financing, you will discover that our rates are very competitive and the repayments are tailored to suit your needs. Our team is standing by to advise you on the latest Subaru XV for sale price, and they can answer any remaining questions that you may have.