Buying a used car makes a great deal of sense financially, and many people only ever buy used cars. There are a great number of bargains to be hard if you look hard enough. However, price should not be the only determining feature. It is important to get a car that will meet all your current needs. One area that many neglect is the quality and types of safety features that are included. Subaru cars have excellent safety records; they are well engineered, and as an added bonus they may have EyeSight. 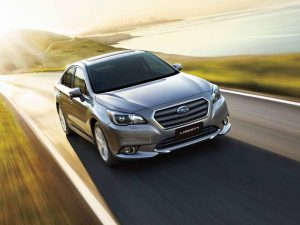 EyeSight is the name for the Subaru safety suite that can now be found in over a million Subaru cars. The system has been around for a while now, and earlier versions can be found on some used cars. One can expect to find driver assist safety features and cameras that can drastically improve your chances of avoiding collisions. The oldest versions of EyeSight are now eight years old, but they were still revolutionary at the time. If you want to get the best bang for your buck on a used model with EyeSight, pick a car that is less than three years old.

The Benefits of an EyeSight Safety System:

A study carried out by Fuji Heavy Industries, the parent company of Subaru gathered interesting data in Japan. It was discovered that EyeSight assisted cars had 61% fewer accidents that resulted in an injury or fatality per 1,000 cars. It also showed that cars fitted with EyeSight were 84% less likely to have rear end collisions. This has resulted in significant reductions in insurance premiums for drivers. When EyeSight was first introduced, it was a feature that was only available on top of the range models. The latest version of EyeSight is the third generation of the system, and it has begun to become standard on core models.

The Future for EyeSight:

For those that are interested in a brand new model equipped with the latest version of EyeSight, they will be pleased to hear about the new Subaru Impreza. This new generation of an Aussie favourite is based on the new global modular platform, and it will be available with EyeSight. This is also true for the next generation XV that is due in mid 2017 and the new Forester that is arriving later in the year.

If they are looking for preowned cars, Perth residents should contact us here at Perth City Subaru. We have a wide choice of both new and used cars for sale, and many of them have the EyeSight safety system. We would like to invite you to come and join us for a no obligation test drive to try the Subaru driving experience first hand. Our sales team is standing by to answer any other questions you may have.