10 common car myths – which ones are true?

Listening to your granddad drone on about how they ‘don’t make ’em like they used to’ or tolerating your parents lecturing you about how driving barefoot is somehow ‘illegal’ and you’ll surely get caught for that can really make an impression.

Next thing you know you’re telling your kids the same nonsense.

If we can agree on one thing, it’s that common car myths can spread like wildfire. And while your parents only had good intentions when they told you that you couldn’t eat while driving, there are facts, and there are falsehoods and we’re here to settle the score on common car myths in Western Australia.

1. You need to warm up your car when first starting it in the morning 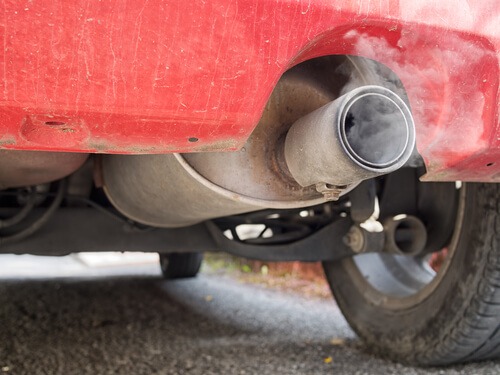 “You grab the towels – I’ll warm up the car.” Yes, this one’s been doing the rounds. But we don’t live in 1959 anymore and while your grandparents might’ve even heated up the oil pan with a small fire before they got the engine pumping you can have confidence that modern cars just don’t need this extra ritual to get going. The main reason we don’t do this anymore is that the car oil we use in our vehicles today is vastly improved in quality, making engine starts much smoother.

2. You shouldn’t run your fuel tank close to empty as it can cause damage 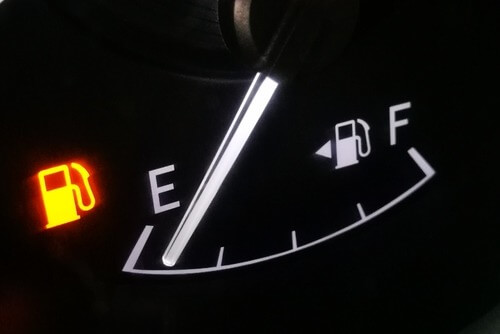 With fuel prices hitting the roof recently, it’s tempting to put off refuelling for another day or two and run that baby into the ground. But of all the car myths going around, this one is true and should be taken seriously.
If your car is running (very low) constantly this can have a detrimental impact on your car’s engine, as gunk and sediment that builds up at the bottom of your fuel tank gets sucked up at the very end. Remember fuel economy can only work properly if you actually have some fuel in the tank!

No matter what your parents said, this car myth’s plain wrong. There is no law in Western Australia prohibiting a driver from taking off his shoes, socks and powering down the freeway.

That being said – it doesn’t mean that it’s any safer to drive with bare feet. The curves of your feet don’t exactly match the flat surface of the accelerator and, importantly, the brake pedal. This, along with the idea that exposed feet might feel more vulnerable if they had to slam on the brakes, amount to a weak use-case. It’s a good idea to drive with shoes on if you can.

4. Eating while driving is illegal

False… well, at least for the most part.

We’ve all done this at some point. And while there is no express law in Western Australia (or Australia for that matter) that prohibits eating or drinking a cup of coffee while driving, that doesn’t necessarily mean you can get away with it and not be charged for something else – like driving without due care and attention (that is definitely illegal).

So next time you slurp down that long mac on your way to work or smash a Krispy Kreme, just make sure you’re in control.

5. Older cars are safer because they’re made from thicker steel

Oh, the good old days when cars were thicker, slower, louder, and umm… less fuel efficient and oh, more expensive. There is a myth that older cars are safer because they’re just made from old fashioned steel that will protect you from any of those flimsy new electric cars that try to cross your path. This simply isn’t true. Cars these days are designed with crumple zones, collapsible steering columns, gas-charged pop-up bonnets, and umm, did we mention airbags? These, and many more design revolutions have made modern cars, including electric vehicles, far safer on the road – especially with the mountains of driver-assist technology that works to keep you safe every second you’re on the road.

6. Horsepower refers to the speed of an actual horse 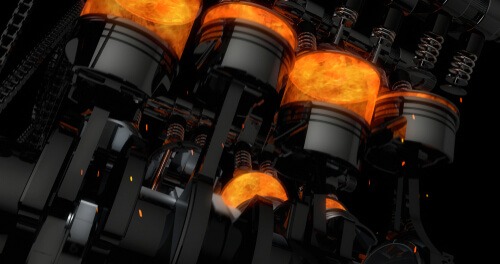 But wouldn’t that be fun?! While Horsepowers were initially and (loosely) based on the comparison between the output of steam engines and the power of workhorses – our modern idea of horsepower is nowhere near the equivalent of 1 hp = 1 horse. After all – all horses have different levels of fitness.

One horsepower in the automotive world is equivalent to 746 watts. To put this in perspective, one human in optimum condition can produce up to 5 horsepower and a fully grown stallion could theoretically produce anywhere up to 15 horsepower.

There is a common misconception that you can cleanse your engine by filling up with a higher octane fuel once in a while. The evidence just isn’t there to support this, and of course, if your manufacturer recommends using premium fuels – you should just use that.
The reason why it’s not a good idea is that higher octane fuels (like 98RON) can cope with a certain level of compression from the engine and messing around with this can cause some mild chaos in your engine – resulting in nasty banging sounds.

8. Swerving to avoid an animal on the road is ok in some situations 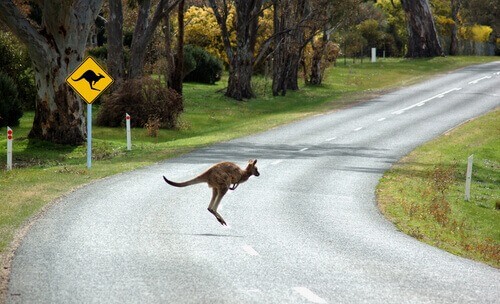 Unfortunately, there are no situations where swerving to avoid an animal is a safe idea. The sad news here is that applying emergency brakes and slowing down as you hit the animal head-on is the safest outcome for you and your passengers.

The unintended consequences of swerving can be very dangerous and may result in the car flipping, or endangering oncoming traffic and putting their lives at risk.

9. Sleeping in your car is illegal

While it’s not illegal to sleep in your car per se, you may find that staying overnight or making camp in a busy CBD parking lot will run afoul of local council by-laws.

That being said, there are many places where you could theoretically pitch a tent and live it up in free campsites or some coastal areas. After all, this is the dream for many caravaners who want to leave the hustle and bustle of the city behind.

10. Long drives every now and then are good for the car 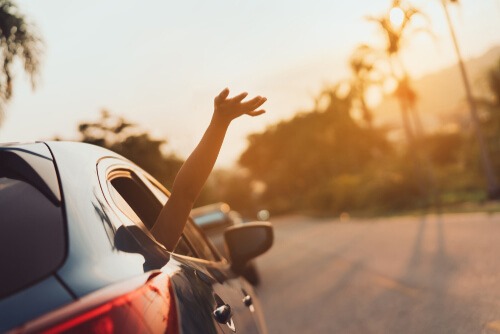 Your car’s engine will indeed thank you for taking it on a long road trip here and there. The reason for this is simple: longer drives give the engine the chance to burn off any unwanted fuels or water particles in the oil.

More generally, a long drive gives your car’s engine a thorough workout at proper temperatures – making sure all the moving parts are working healthily.

If you want to ensure your car is ready for a long drive – there’s no harm in giving it a thorough check-over before you leave the city. Drop-in at your local Subaru dealers today and we’ll take a look for you. We can also let you know if any other car myths are true or simply that – a myth.