There are many good reasons for using genuine Subaru parts, Perth drivers may already be aware of most of them. Genuine parts are cheaper in real terms than generic ones and fake parts as they last longer. They are manufactured to high tolerances, they are less likely to fail, and they are designed to work with your car. While these are all good reasons to ensure you buy Subaru genuine parts, Australia-based drivers need to be aware of another reason. Fake parts are very dangerous and using them could cause damage to your vehicle, or even worse harm to yourself and your family.

Counterfeit Parts are More Common Than You May Think

A recent raid carried out by the Australian Border Force, seized a huge number of fake oil filters that were destined for a supply chain. If they had been used, they could have caused a great deal of damage to a large number of vehicles. Unscrupulous criminals have targeted the car parts industry to make large profits, and this is developing into a major cause of concern. Many people have reported faulty parts, ranging from misfiring airbags, wheels that simply disintegrate at speed and many other problems. Depending on the fake part used this could be a simple inconvenience or in the case of a critical system incredibly dangerous. 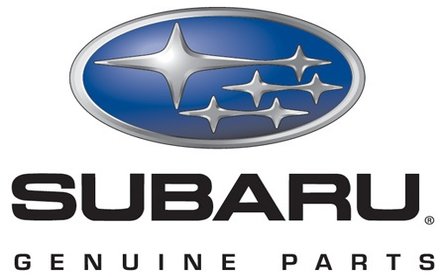 Looks Alone Cannot be Your Guide

The most frightening aspect of these counterfeit parts is that they look exactly like the genuine parts they imitate. Even the packaging looks legitimate and identifying them by looks alone is virtually impossible. They are usually imported into Australia from various places in Asia, and they are made from substandard materials. Because they only resemble the genuine parts, superficially they cannot be relied on to work correctly.

What Can You Do to Protect Yourself and Your Vehicle?

Many of these fake parts end up being sold into the supply chains of car part retailers and independent garages. These businesses in many cases believe that they are selling and using genuine parts. As such, they are as much a victim of this activity, as the people that buy their fake parts, as they could lose their livelihoods. Everyone likes to support a small local business, but unfortunately, the cold hard facts show that it may not be possible anymore. When buying Subaru parts, Perth residents need to purchase them from a Subaru dealership if they want to guarantee that they are getting genuine parts. This is because the supply chain is a direct route from the factory in Japan where they were manufactured.

If they would like to know more about buying genuine Subaru parts, Perth residents should contact us at City Subaru. We have a diverse selection of parts, merchandising and accessories for your Subaru car. If your car requires a service you can be confident, as we only ever use genuine Subaru parts. For more information, get in touch with us today and we will be happy to answer any questions you have.

3 Reasons Why the 2016 Subaru Outback Sells So Well

By City Subaru Subaru in Subaru Outback on March 7, 2016

A Glance at the Pricing, Specifications and Styling for the 2016 Subaru XV

What are the most popular Subaru Accessories?

Are Cheap Subaru Parts Putting You at Risk?

The Changing Colour Schemes and Themes in Subaru Rallying