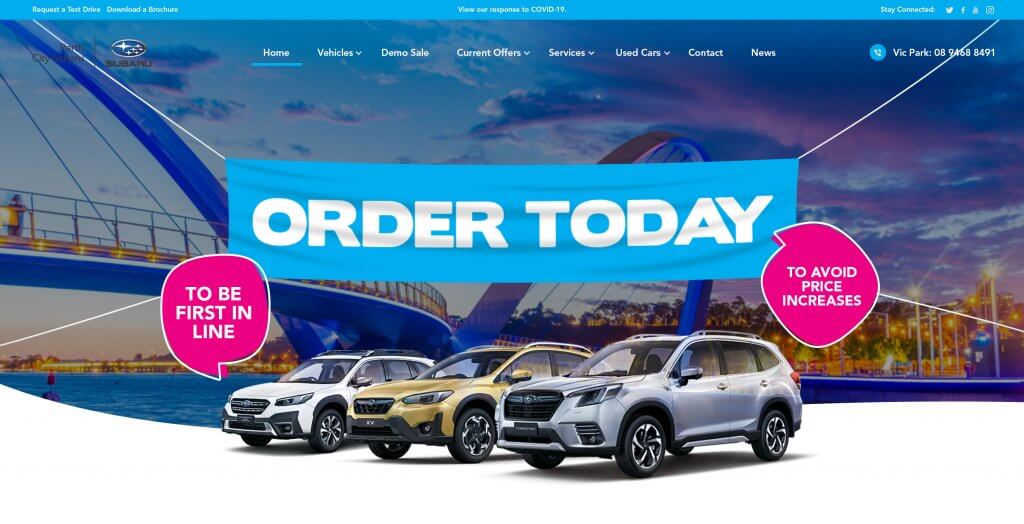 The Australian arm of Subaru has officially announced the impending arrival of the Subaru Levorg. Australia-based drivers will finally get the chance to purchase the WRX based wagon that has been such a success in Japan. Initial reports seemed to indicate that the Levorg would be available in time for Christmas 2015, but this has been thoroughly debunked by Subaru. The arrival has now been confirmed for the first half of 2016, and there are plans to introduce three limited edition models during this period as well.

For those unfamiliar with the Subaru Levorg, Australia-based drivers are in for a treat. The Levorg is perceived by many as the natural successor to the Liberty GT, which has now been discontinued and the WRX wagon range. It is a turbocharged, all wheel drive vehicle that is expected to be available with a 1.6 litre or 2.0 litre four-cylinder engine generating 125kW or 221kW respectively. There has been no formal confirmation of the exact specifications or accompanying 2016 Subaru Levorg price to date.

The most natural place to look for more solid clues to the probable Levorg specifications is Japan. The Levorg was introduced there in 2014 with the two different engine sizes of 1.6 litre and 2.0 litres. These are four-cylinder powerplants with horizontally opposed direct injection turbocharged boxer units. These engines generate a lot of torque and have a high output in relation to their size. The Japanese Levorg models also have the most up to date EyeSight driver assist systems fitted. The exteriors are stylish, and the cabin spaces are generous and up to date.

It is highly unlikely that the specifications for the Australian import would vary too much from this specification that was such a success in Japan. However, Subaru has cryptically announced that a trio of limited edition models will be released in the first half of 2016. There is no information available on how these limited edition models will be priced or equipped at this time. However, when asked about the Levorg, Subaru Australia head honcho Nick Senior suggested that the model should “appeal to fourth generation Liberty GT buyers”. These buyers “have been starved of a logical successor”, but Subaru believe the model should also “attract a much wider audience” due to its performance, versatility, refinement and high level of standard equipment. Given this statement, it seems obvious where the Levorg is going to placed in the market and perhaps more importantly who is expected to be attracted to this new vehicle.

The new sporty lineup of the BRZ, WRX and Forester XT includes the Subaru Levorg, Australia-based drivers have a lot get excited about. If they are interested in the Subaru Levorg for sale Perth drivers should contact us. We will be happy to keep you updated on all the latest Levorg developments and look forward to booking a test drive for you when the vehicles arrive in Australia next year.

Your Guide to Fuel Efficiency

By City Subaru Subaru in Car Finance on December 2, 2015

By City Subaru Subaru in Subaru Liberty on December 2, 2015

3 Tips to Keep Your Levorg Maintained Between Services

Five Things You Should Know About the Subaru Levorg 1.6 GT