Request a Test Drive   Download a Brochure View our response to COVID-19.
Stay Connected:
Vic Park: (08) 9468 8491
City Subaru > subaru dealers > Here Are 3 Cars That Are Worthy of Your Attention

Here Are 3 Cars That Are Worthy of Your Attention

If they have been down to their local Subaru dealership, Victoria residents will have noticed the Subaru Liberty. This is an excellent car, but like many other cars on this list, it doesn’t get the attention that it deserves. This list spans a number of different manufacturers and includes three cars that for various reasons don’t sell as well as they should. 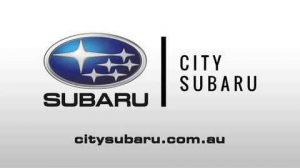 The Subaru Liberty is a fantastic car that has recently received a substantial update. The previous model did very well indeed, but this model has not sold as well. The sales figures after the first six months in 2016 stand at 1868, which is 11.3% fall in sales. This is despite the Liberty being priced very generously, having tons of added equipment and of course being Subaru it has an all wheel drive system. It would seem in this case that the Liberty has been eclipsed by another model in the Subaru lineup. The Outback is flying out of Subaru dealerships, with 5956 units sold in the same period, an increase in sales of 9% in total. The Outback is the wagon version of the Liberty, so it appears that the Australian market prefers this configuration. However, if you are a person that prefers a classy sedan, you won’t regret buying a Subaru Liberty.

This car was supposed to be Skoda’s entry into the lucrative Australian small SUV craze. It appears that this phase is well and truly over because sales of the Fabia have not been good. This is a shame because the Fabia is a pretty good car with plenty of useful technology on board. It even has a wagon option available to endear to wagon purists. However, this is not a damning indictment of the car per se, as the light car class has dropped by 17% as a whole. This may be a case of the wrong car being in the wrong place at the wrong time.

Wow, this was a real surprise, the BMW 2 Series Active Tourer was supposed to be the car to take on the Mercedes B Class. So far this year only 553 unit have been sold compared to the Mercedes B Class which has sold 2185 models in the same period. However, it has been postulated that at least some of those potential sales have been lost to its BMW X1 stablemate. The X1 seems to have the luxury small SUV segment sewn up at the moment, and the crossover sales are hurting the BMW 2.

If you like to know more about the Subaru Liberty, contact us here at City Subaru. We are the local Subaru dealership Victoria residents know and trust. We have a wide selection of new, used and demo cars for sale, including the Subaru Liberty. We look forward to arranging a test drive for you so that you can experience the Subaru driving experience first hand. If you need finance we can arrange that too, our rates are competitive and tailored to your needs. If you have any further questions, don’t hesitate to get in touch, and we will answer them for you.