Subaru Australia has noticed the modest decline experienced in small SUV sales and has determined that this is just a blip. The company is predicting impressive growth throughout this year driven in large part, by the new Subaru XV. Perth drivers may have noticed that the sales figures of smaller SUVs below $40,000 dropped last year, with more premium models seeing significant growth. So with Mazda, Mercedes-Benz and BMW and Audi leading the sales, can Subaru compete? 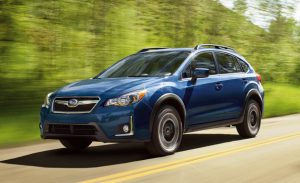 The current Subaru XV for sale has enjoyed impressive sales throughout 2016. Mostly due to a strong pricing campaign, the model was ranked fifth in the segment, racking up 7,645 units sold according to the current figures. This is a 9.5 percent market share in the small SUV segment which was only up 2.4 percent. This is well below the growth rate in the medium SUV segment, that has been exerting downward pressure on the smaller models. However, Subaru is confident that this is a short term trend and they have externally sourced data that predicts a 14 percent sector growth in 2017.

Subaru is confident that leading this sales push will be the 2017, all new Subaru XV. This model is anticipated to hit our showrooms in June and is based on the new Impreza, using 95 percent new parts. The Impreza arrived late last year and immediately created an impact with its new aesthetics and impressive performance stats.

The new XV will share the Impreza’s platform which will create a sportier and stiffer drive, and it will also be upgraded to include a more premium cabin. It is also expected to be equipped with full time all wheel drive as standard and EyeSight active safety technology.

The predicted segment boost may also be fuelled by the long anticipated Toyota offering. The new C-HR is a funky offering which will carry an almost premium price tag but is likely to be popular due to the new design and the massive Toyota dealer network.

According to Colin Christie from Subaru Australia, the marketplace will be determined by the new products being launched. He says that when you look at the small SUV market from 2012 when the XV was first launched, there was dramatic growth. As Mazda and Honda also brought new offerings into the segment, there was massive growth again. He argues that new “always excites people,” so the XV should provide a real boost in sales.

If you would like to know more about the Subaru XV, Perth drivers should speak to us. Perth City Subaru has a vast range of models including the Subaru XV for sale and we would be delighted to assist you.