The new Subaru Liberty 2016 is just the latest in a long line of successful Subaru cars that are fitted with EyeSight. For those new to the technology, Subaru EyeSight is a suite of safety features that significantly enhances safety when driving and parking. It is fair to say that many customers here in Australia and in the rest of the world have grown to love EyeSight. How significant has this success been and how effective is this technology in its application? 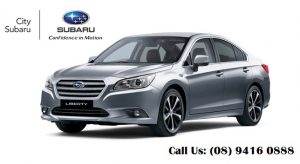 A Brief Explanation of the Subaru EyeSight Safety System:

EyeSight is a safety system that uses its technologies to prevent accidents from occurring. This is achieved by using a pair of stereo driver cameras, the data that is collected is interpreted and then fed to the driver. Suggestions are related in a few different areas, such as steering assist, adaptive cruise control, front vehicle alert start (a godsend in stop/start traffic), lane departure warning and pre collision braking. This technology was released back in 2008 on a Japanese only release of the Legacy. Initially, it had more limited features, and it began to appear on flagship models. In subsequent years the technology has matured, and more features have been added in every generation.

How Ubiquitous is EyeSight in Subaru Sales?

Just over half of all the Subaru cars sold in Australia this year will have the EyeSight system fitted. This includes the new Subaru Liberty 2016, which like all new EyeSight equipped Subaru cars has the 3rd generation EyeSight system. Safety has always been of paramount importance to Subaru as a brand and customers appreciate that fact.

How Effective is EyeSight at Preventing Collisions?

To evaluate the effectiveness of EyeSight at preventing collisions Subaru has published a study carried out on an Adelaide based business fleet. This fleet has 565 vehicles in total, of these 125 are Subaru cars and of those 51 are equipped with EyeSight. Since January 1st, 2014 until recently there have been 358 incidents that have resulted in damage. Of those collisions, 68 were damage to the front bumper, 19 were forward collision accidents with another car, and 26 were strikes with wildlife. In all of those incidents, only one of the cars was EyeSight equipped. On that single occasion, the car suffered front bumper damage from another car that hit it when turning and that would not have been picked up by EyeSight anyway. The results of this fleet study seem to indicate that EyeSight is very effective at preventing collisions.

If you would like to know more about the new Subaru Liberty 2016, contact us here at Perth City Subaru. We have an impressive stock of both new and used Subaru cars for sale. We would like to invite you to join us for a no obligation test drive of the model that you’re interested in at your earliest convenience. Our sales team would be delighted to advise you on the the 2016 Subaru Liberty Australia pricing structure. If you have any further questions, we would be happy to answer them for you.